Hydra held a charity cake sale in aid of Action for Children @actnforchildren Byte Night @ByteNight and it was heart-warming to witness the support and generosity from the people of Farnborough Business Park @fbpfarnborough where our office is located.

What is Byte Night?

Byte Night is Action for Children's biggest annual fundraiser; a national ‘sleep-out’ event. Each year, hundreds of like-minded people from the technology and business arena give up their beds for one night to help change the lives of vulnerable young people. It all began in 1998 when 30 individuals slept out in London and raised £35,000. Since then Byte Night has grown to 10 UK locations and over 1200 people slept out in 2016. Byte Night is one of the UK’s top 17 mass participation charity events and is the largest charity sleep-out having raised over £9.6million since the first event.

Byte Night is just one night; it is uncomfortable and often wet, and though a symbolic gesture, it makes all the difference. This year in London Action for Children hope to raise over £600,000 to tackle causes of homelessness, making families stronger and keeping young children off the street. Their stories are always distressing; most are forced into doing something they don't want to do, leaving is their only way out. Do something positive by sponsoring us to sleep rough so children don't have to.

Over the last 20 years Byte Night has raised more than £30million.  Please do your bit by donating whatever you can.

Why do Hydra take part in Byte Night?

Families today are under a huge amount of pressure and this can affect relationships, with two thirds of children becoming homeless because of family breakdown.  Added to this, we know that young people have borne the brunt of the country’s economic downturn with

Did you know the top 10 reasons why kids have to run away are:

1.  Kicked out or told to leave by someone who is supposed to love them;

2.  They are sexually abused by a step-parent or someone who lives with them and is supposed to love them;

3.  They are in a violent relationship with someone who is supposed to protect not harm them;

4.  Someone they live with uses alcohol or drugs;

5.  They are verbally abused;

6.  Neglect; and we are not talking about not getting a new pair of trainers, it is about someone not feeding them.

8.  Undue stress caused by a parent or guardian bullying them to do something they can’t or don't want to do;

9.   Being bullied at school and no-one willing to listen or provide the relevant protection;

10. Sometimes it's just a parent who died or left. 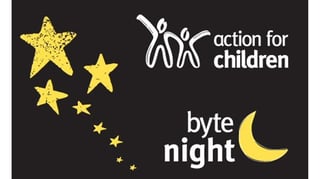 Please help us do something positive to help kids get off the street.

Making a difference at Christmas

Making a difference at Christmas