The essential guide to Project Benchmarking 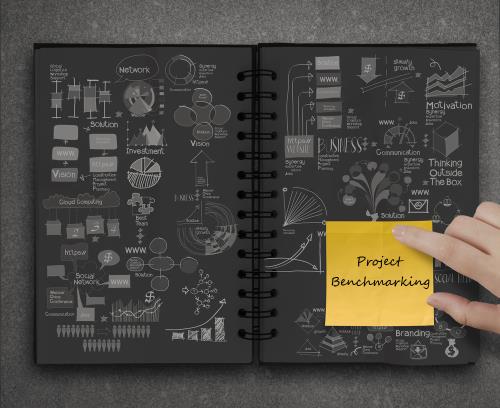 The essential guide to Project Benchmarking

Today more than ever, senior management want to know one thing about their projects: “What value are we generating?” Every pound invested in a project must play its part in delivering a positive and tangible result.

In an increasingly globalised and competitive world, executives are painfully aware that standing still is a sure way to lose their competitive advantage. To maintain their position, programmes of continuous improvement must be implemented to enhance the quality and profitability of the projects they deliver.

According to Bain & Company’s ‘Management Tools and Trends’, Benchmarking is one of the top 10 management tools that has remained consistent since 1993.

Project benchmarking can be defined as: "The continuous, systematic search for and implementation of best practices, which lead to superior performance" (The Benchmarking Centre). By taking an external view of projects and setting objectives, the internal processes can then be implemented to achieve these objectives. An organisation’s ability to meet these objectives is measured against key metrics, such as budget performance and client satisfaction, and this is the essence of project benchmarking.

What are the reasons for project benchmarking?

Benchmarking is a key part of effective project management:

The success of project benchmarking, whether it’s used to measure the delivery of a project or the performance levels of the project team, relies on the selection of the right metrics. These provide a useful and productive way to compare the project team against key competitors and an organisation’s past performance.

The difference between performance and best practice benchmarking

Performance benchmarking is a comparison of the performance levels of organisations during a specific process. This information can then be used to set performance targets and identify areas for improvement. This may involve the comparison of financial measures such as ‘cost of labour’ or ‘adherence to budget’, or non-financial measures such as ‘environmental impact’ or ‘client satisfaction’.

Best practice benchmarking is where organisations look closely at businesses of interest in their field that have been identified as high performers. These organisations are studied, usually following a benchmarking code of conduct (downloadable document). The knowledge gained during this study can then be adapted and incorporated into an organisation’s own processes.

The importance of metrics

The measurement and monitoring of specific areas of project performance is done using metrics. These can show whether improvements are being made or performance targets are being met. These measures can be subjective, such as ‘client satisfaction’, or empirical, as in ‘the number of concurrent projects’. As well as measuring whether the necessary improvements have been made, these metrics also register drops in performance, allowing for further action to be taken.

While metrics have an extremely important part to play in the benchmarking process, without a reference point for comparison against they lack any real meaning. The process of comparing these metrics against industry or organisational figures is known as benchmarking.

It’s also important to note that no single set of metrics will apply to every organisation. Each organisation must identify the performance indicators that will add value to the projects it delivers given its own strategies and situations.

The role of Hydra

Hydra Cloud project management solution helps organisations deliver consistently profitable projects by capturing vital project metrics and lessons learnt and its unique Blueprinting technology promotes continuous project and process improvement. Book your live demo today to discover the many other ways Hydra Cloud can improve the delivery of your projects that help you generate value and maintain that all important competitive advantage.