Virtually every interview I have with prospective clients these days includes a question about my experience of stakeholder engagement. Little wonder, it’s an exceptionally important topic and may account for as much as 30% of what a project manager does.

If you have no appreciation for the importance of this aspect of your duties or no talent for building trust and confidence, then you are probably not only a bad candidate for the assignment under consideration but also ill-suited to project management itself.

However, the subtext of the cluster of questions on this topic is usually ‘we have some particularly demanding, strong-willed and influential stakeholders and want to know how you will cope’. It’s a pivotal part of the interview: you won’t get any further if you don’t convince the panel that the stakeholders are safe in your hands but, equally, you might not want the job if you foresee your future as sticking your head in a lion’s jaws and getting a daily mauling.

At that point, I advise embarking on a secret mission to discover whether the project is afflicted with Stakeholder Hyper-Active Meddling & Blocking Syndrome (SHAMBLS).

Like its clinical counterparts, SHAMBLS is a complex set of correlated behaviours that here cause chaos and confusion to a project. Though not a condition formally recognised in practitioner textbooks, those who have earned their project management stripes will recognise the issues that arise from the involvement of highly influential, ambitious, and detailed-oriented senior stakeholders. Characters who take up position at the centre of a project or have a very specific career goal pinned to the success of a project such as a promotion or bonus are the typical perpetrators of SHAMBLS but a chronic case of subject matter expertise or simply caring too much are also reasons.

Such stakeholders are usually afflicted with FOMO – Fear of Missing Out - and whilst replying to emails from you seeking guidance will probably not get to the top of their priority list, attendance at pivotal project meetings is a matter of religious devotion. They will get stroppy if not invited to ad hoc gatherings; have ready opinions and challenges for every topic; eschew delegation; exert influence behind the scenes; change priorities on a whim; and despite proclaimed intentions to the contrary, systematically undermine the authority of the Programme Manager and subvert governance structures. Polite off-line conversations to ‘rein it in’ and operate through the ‘proper channels’ are heard but rarely listened to.

'Too many cooks or too much of the chief?' 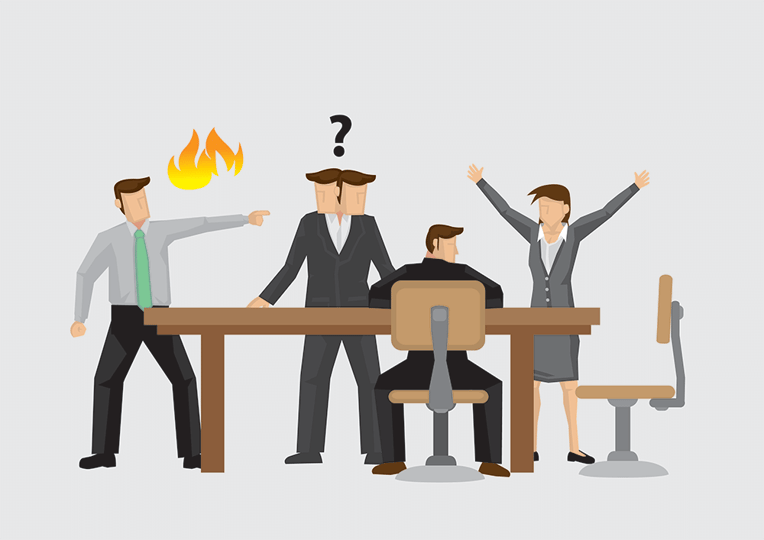 A very cogent example of SHAMBLS was demonstrated at a well-known academic publisher where the direction provided by a highly intelligent, much respected but dogmatic stakeholder got the BA team one moment boiling the ocean as it grappled with an unwieldy scope and the next sent them on wild goose chases to address pet problems. Besides blowing hot and cold on what was most important, she obstructed as-is process analysis because, as far as she was concerned, she knew what she needed from the replacement system and didn’t want the team focussing on the past.

Consequently, the project languished in discovery purgatory for 18 months until a new Programme Manager proposed a proof of concept covering the core user journeys and building out from there. At least 12 months of opportunity costs were incurred and relations between IT and the Business were stressed, all because of the alternating over-engagement/under-engagement of one stakeholder.

At another company, where the weekly project board was an unstructured opportunity for an unholy alliance of Technology and Commercial Directors to veto project decisions and perform their latest volte-face, it was putative business partnership discussions behind the scenes that were making it impossible to plot a clear course for the digital platform we were trying to design. Much time was wasted developing architectural models that stood little chance of being signed off because the duo could never nail down in their own minds what services the new platform needed to support and in what release order. Even the proposal of a phased approach that offered in-built flexibility to respond to changing priorities stood no chance of ever finding itself in sync with the sponsors’ vacillating vision.

A SHAMBLS of epic proportions

There is, of course, one very particular stakeholder whose involvement in a project is guaranteed to be the mother of all SHAMBLS and that is the big cheese, the top dog, in short, the occupant of the desk where, according to legend, the buck stops.

CEO’s who take an interest in projects tend to be no worse than a mild nuisance which a wily PM may be able to turn to his/her advantage. However, when it is a Prime Minister or President who starts getting all hands-on as problems turn political, the project enters the realm of dystopian nightmares.

Let’s be blunt; there are very few circumstances in which a CEO has precisely those unique talents needed to solve a big chewy project problem; project decision-making won’t improve because the CEO asks for hourly updates; and the collective IQ of the project team will not grow just because the person who has the prerogative to fire them on the spot is breathing down their metaphorical neck with proposals of the very things that were tried and failed weeks ago.

So imagine how poor old Osama Rabie, the Head of the Suez Canal Authority felt when the President of Egypt, General Abdel Fattah Saeed Hussein Khalil el-Sisi started announcing to the world, his clearly flawed ideas for how to shift the Ever Given. Then imagine how the incident manager at the scene felt when he had both an Admiral and a General on his back with, no doubt, a squadron of lesser ranks pushing and pulling him in more directions that the tugboats he was deploying. In such circumstances, the project organisation crumbles, the political hierarchy takes precedence, and the key decision-makers are those with the least knowledge to do the right thing.

'Pulling in different directions: the dangers of the hands-on Chief Executive'

In my opinion, stakeholders or, more precisely, their behaviour, are the number one reason projects fail. That doesn’t mean that all project failures are due to stakeholder mischief, only that at the root of most failures lie types of stakeholder engagement with projects that serves them badly or, in extreme instances, lethally.

So, the next time you are asked about how you engage with stakeholders, my tip is to try and elicit how the stakeholders will engage with you! Experience shows that you may leave fearing the worst!

3 reasons why having a knowledge management strategy is important

3 reasons why having a knowledge management strategy is important

Why do organisations need an effective knowledge management strategy?

Why should you integrate Knowledge Management into your Business Processes?

Why should you integrate Knowledge Management into your Business Processes?

Why should you integrate Knowledge Management (KM) into your Business Processes? By Paul Whiffen, Hartfield KM Consultin...

7 steps to Knowledge Management success How do you turn knowledge into action to make it real?